Warm spring and summer months are just around the corner and like clockwork, gays are starting to fall in heat.

Wild-eyed as they bend over and arch their backs in a cat-like yoga pose, yelling tormented mews into the air with a garbled alien sound, gays are celebrating their heat and renewed springtime lust for the bodies of straight men.

Survey data shows that this year, gays are secretly setting springtraps and seduction centers in one of their favorite places to haunt: your local gym. While straight men have spent the long, cold winter months distracted with eating greasy chicken wings, sedentary family games and Super Bowl parties, gays have been pumping solid steel and are fit as a jaguar, salivating and laying in wait while their fattened, fatty prey comes through the gym door for the first time in months.

Secret shoppers of homosexuality were hired to visit their local gyms and report the seduction techniques their local gays used to haunt and catch them. The results of the study were chronicled in Christian Defense League of Texas Science Journal Online. 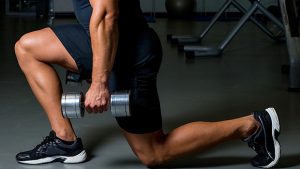 Ever since Obama legalized it, gays have been bold, viral and generous with their homosexuality.  They make it no secret when they see something they like.  Like a lion with a predator’s gaze upon a savory zebra, gays were reported to have ‘slitted pupils’ and a ‘panting tongue’ when observing straight men’s thighs tremble with exhaustion after several hip lunges. 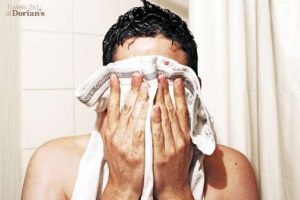 A gay man’s hormones reach maximum potency in early spring.  Therefore their mating instincts kick in full gear, heightening their sense of smell and taste.  This is being put to use in gyms.  Survey participants report that gay men regularly pick up the towels of straight men in the locker room, taking a deep, satisfactory whiff and ‘catching the scent’ of he who left it behind.

Some gays have such a strong olfactory process that they do not even need towels.  During early spring, they can just snap their mouth and tongue in the air, catching the steamy scent of foreign sweat, and like a wine coneisseur they suck the sweaty air through pursed lips and are able to find the ‘flavor’ of who created it.

Gay men report that the sweat of straight men ranges from musky and earthy, to buttery and sweet, depending on their offseason diet and habits.  Each scent purportedly represents a different type of musculature and taste.

Everyone who has been to the gym has noticed some people find it necessary to loudly grunt their way through a lifting routine.  Many gay men have ‘perfect pitch’, that is, like a songbird they can expertly hit musical notes in a multi-octave range.

Gays have online apps that help them train their vocal control so that they can hit a sequence of primal sounds that confuse the brain and make it enter a state of desperate yearning.   The most dangerous grunting sequence gays can emit when lifting heavy weights is said to sound similar to a wildebeest being caught in the muck of a mighty rushing river, its desperate, astounded grunts only becoming more intense as it spots a ravenously hungry crocodile on approach.

The sound produced by the two beasts together in their battle of life and death is similar to the mind-altering mating cry gays are directing toward straight men as they deadlift their weights.  All are reported to usually end in the same way: a rolling display of torn flesh, flailing limbs and carnal confusion.

Veiling Themselves as The Well-Meaning Gym Trainer

Opting for the slow con, some gays will go through all the trouble of setting up a burgeoning online business, getting accredited to be a certified fitness instructor and even give away some free keto diet meal prepping or protein shakes.  All of it is a ruse.

Gays give out their business cards and will start sending secret ‘tips’ to straight men, perhaps you yourself or your spouse/boyfriend has strated to sport a very chiseled body, becoming more aloof and sarcastic and becoming obsessive over personal appearance.  If all of this was preceded by regular contact with a man in a gym who exhibited those same qualities, beware, for you have been swindled.

Liberal scientists being paid off by the powerplayers in the gay community will try to brush this confusing process off by calling it the ‘keto flu’ or ‘keto fog brain’.  These are all fabrications.  The truth is that gays are putting straight men on mind altering diet and fitness regimes used in the 1960s by Soviets who were trying to brainwash captured Western spies and allies.  One week it is fun gym time and getting fit with a buddy.  By week ten, it is ‘who am I’ as you’re laying facedown on 1000 thread count Egyptian sheets in a sleek urban loft.

The CDL of Texas is warning people to be cautious, use the buddy system and wear loose, gray sweatpants and shirts as to conceal as much of the body as possible.