April 10, 2019 – Space Force operatives intercepted this photograph of black hole OBAMA-1.  The picture was sent on a secret radio wave from European scientists to Obama with the words ‘It is ready.’

For years alt-conservatives who show their support of Donald Trump and old fashioned American values bybwearing red MAGA hats have been persecuted.

While all sorts of worst case scenarios of what the demigod Obama and his liberal ilk have planned to reighn horror in the lives of the rightous have been dreamed up, no one could have predicted liberal elites had amassed so much supernatural and Satanic knowlege of science to create a black hole.

Black holes are created when a star collapses.  The gravitational forces are so strong, not even light or a Christians immortal soul can escape.  This is why Obama ordered European scientists to destroy a star and create for him this black hole.  Now, he can truly threaten his enemies with eternal damnation.

For it is written in Revelation that in the end days, liberals will control a pit of endleds darkness that burns with hellfire!  Nothing can escape, not even angels or demons!

Look at this image and you see that is exactly what Obama has created.  Now all Obama has to do is fling his enemies toward this black hole or st some point, maybe teleport his enemies there and forever they shall suffer.

While liberals are celebrating with spritzed martinis and flesh ecstasy parties, today is a day of infamy and sorrow for MAGA.  This is far worse than when Obama trapped a God particle with the large hadron collider. 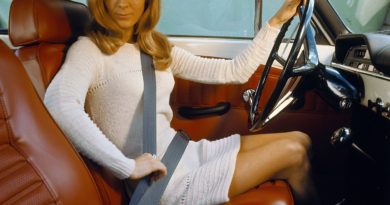 Being Forced To Wear A Seat Belt IS TAKEN MY RIGHTS