If the glove don’t fit, you must acquit!

President Donald J Trump has been found NOT GUILTY on the charge of Abuse of Presidential Power.

The Honorable Senate Leader Mitch McConnell did his solemn duty and investigated the hard facts against Donald Trump.  After days of grueling testimony and picking apart Donald Trump, he and the rest of the Republicans in the Senate –aside from the Judas Mitt Romney — had to follow the facts and proclaim Donald Trump as the most innocent, honest president in American history.

Just like when OJ Simpson was found innocent, the nation can rest easy and know that American law and order has once again got it right.  The crimes did not fit the accusations and judicial jurisprudence is at all time high in America.

Now that we know Trump is innocent in all that he did, other nations can also rest easy and know that if they want to get funding, they better do what President Trump tells them to do or else.

Is Canada’s Anti-American War on Ketchup The Last Straw? 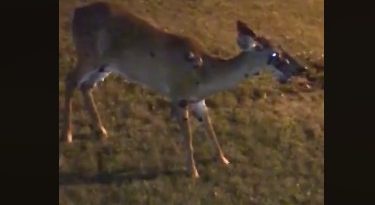 Confirmed: Zombie Deer Are Rising From the Dead