Trump just announced that he wants to postpone the November election.  His claim to do so:  “mail in ballots cannot be trusted.”

Trump says until he believes a secure election can be held, the United States will not have another presidential election.

With Universal Mail-In Voting (not Absentee Voting, which is good), 2020 will be the most INACCURATE & FRAUDULENT Election in history. It will be a great embarrassment to the USA. Delay the Election until people can properly, securely and safely vote???

There is no evidence to show that there is risk of widespread mail in vote fraud. Trump has tried to attack the US postal service (the people and department required to assure mail in voting take place). Trump’s attempts to convince Americans were sadly largely successful to his followers, until recently when after the number of coronavirus cases and deaths in America continued to rise and Europe banned Americans from traveling due to not controlling the virus’ spread. Trump had to concede the scientists were correct and tell his followers it is suddenly ‘patriotic’ to wear a mask.

Trump’s actions hinge on a seeming thought that Americans are stupid and will continuously fall into chaos and lies. As he is very adept at doing, Trump found an exploit in social media and people’s tendency to be able to believe ‘anything’ if they see or hear it enough amongst their peers. In 2015, an Internet hoax that claimed ‘Ebola Zombies arise from the dead’ spread feverishly among US citizens, as the claim also said Obama was using the Ebola virus to raise an undead Army to attack Christians and turn them into soulless beings.

While Trump’s attempt to limit America’s right to vote is likely an attempt to make sure swing states electoral votes go to him by limiting demographic regions access to cast a ballot, too much tinkering with the election date could invoke more chaos as postponing the election could invoke succession laws. Under those laws, Trump/Pence would need to leave the White House and Nancy Pelosi would become the interim President of the United States. 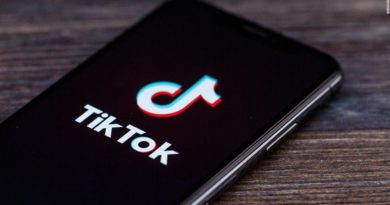