Mobile, Alabama – An Ebay buyer is up in arms only hours after buying and receiving his autographed copy of a Trump Bible.

“I opened the Bible and it automatically flipped to the book of Matthew, Chapter 7.”  The 15th verse was glowing,” reported the man, Ed Smith, 57.

Smith reports that no sooner than he finished reading the text in glowing highlight, the book ‘exploded into a raging fire.’

The fire burned through a table and started to catch the wood of the small condominium aflame.  Smith ran for a fire extinguisher as required by the landlord, but the extinguisher did not work.  His wife ran into the room and purportedly threw ‘several buckets of cold water onto the burning flames’, but they only grew in intensity.

Smith reports his wife asked ‘where the hell did this fire come from’ as she tried to beat it back with a coat, and he told her he bought a Trump autographed Bible on Ebay.  It’s then that his wife ‘stopped in her tracks’ and ran into the bedroom.

She came out with a vile of blessed water she bought from a televangelist’s program.  She tossed the water at the flame and it ‘instantly fizzled out’.  Property damage was estimated at $666, according to Ed Smith.  He and his wife plan to move from the home when the lease is up and report they called a priest to remove the spent casings from the book. 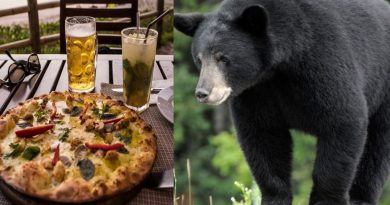 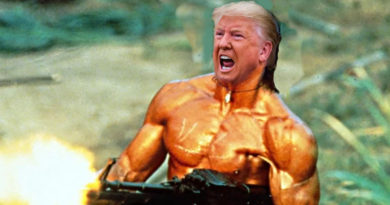 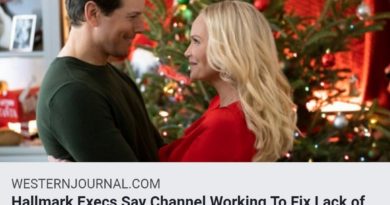